Violent Incident is a looped video artwork made by Bruce Nauman that explores “persistent tension between humor and cruelty”[1]. From 1986, Violent Incident was the first video made by Nauman after taking a hiatus from video work throughout the 1970s and early 1980s. It was also the first video in which Nauman utilized professional actors as the subjects, rather than himself; notably, he also used sound and color in Violent Incident. The premise of this work is similar to many of Nauman’s other videos – it forces viewers to endure an event – this time, the witnessing of a violent interaction, over and over again. The replacement of the gendered characters within the installation of the video loop functions to make the work all-inclusive for the viewership. As Nauman explains, “Violent Incident begins with what is supposed to be a joke—but it’s a mean joke. A chair is pulled out from under someone who is starting to sit down. It intentionally embarrasses someone and triggers the action. But let me describe how it got into its present form. I started with a scenario, a sequence of events which was this: Two people come to a table that’s set for dinner with plates, cocktails, flowers. The man holds the woman’s chair for her as she sits down. But as she sits down, he pulls the chair out from under her and she falls on the floor. He turns around to pick up the chair, and as he bends over, she’s standing up, and she gooses him. He turns around and yells at her—calls her names. She grabs the cocktail glass and throws the drink in his face. He slaps her, she knees him in the groin and, as he’s doubling over, he grabs a knife from the table. They struggle and both of them end up on the floor. Now this action takes all of about eighteen seconds. But then it’s repeated three more times: the man and woman exchange roles, then the scene is played by two men and then by two women. The images are aggressive, the characters are physically aggressive, the language is abusive. The scripting, having the characters act out these roles and the repetition all build on that aggressive tension.”[2]

Violent Incident examines a theme that is a hallmark of Nauman’s practice – namely, control – and is an innovative and historically important example of his work.

Another example from this edition is held in the permanent collection of the Tate, London. 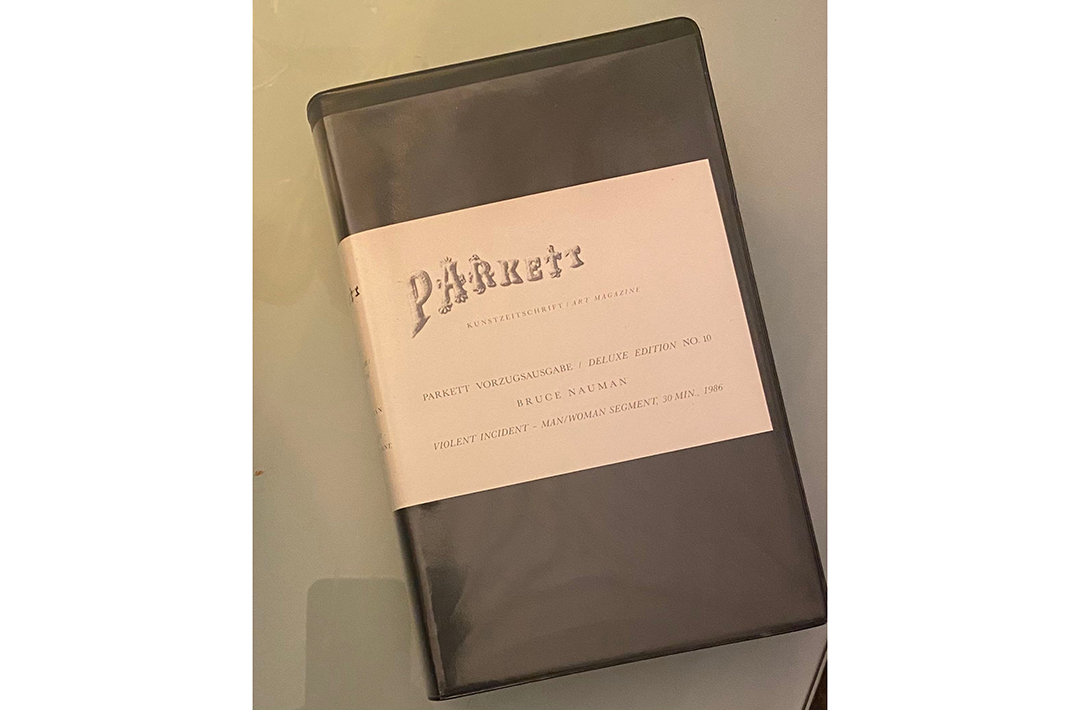 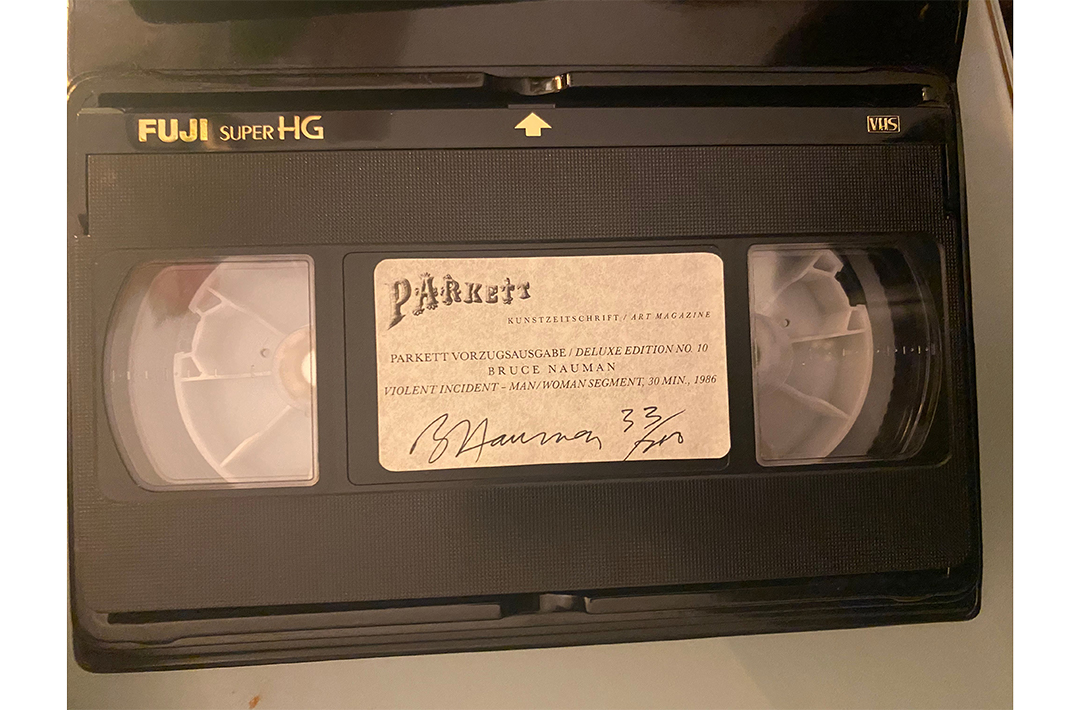